The machine is placed, normally, as last application in glazing line. Generally the system consists of two identical precutting machines and a turner device between them, which let to turn the ceramic tile 90º. So, dry precutting system makes possible to produce several kinds of effects, such as mosaic, 1,2x1,2cm squares, and even makes pre-cuts between silkscreened windows at random, obtaining a mosaic effect that once placed lets an easy joint filling.

This machine has all the pros that its predecessor has, but adding other important advantages:

• Providing two precutting units it can multiply to make designs on the piece, allowing us to make precuts really close to each other.

• Ability to work simultaneously with two designs. This allows "load" the machine with two different designs and change between them without having to replace.

• Design changes in just a few seconds. Raise a head and down the other. It's that simple.

• Possibility of a third design change without stopping production.

• Ability to perform maintenance on one of the units as we continue production with the other.

The pre-cut system does not limit the speed production of glazing line, allowing for a wide range of sizes from 10x10cm to 60x60cm. 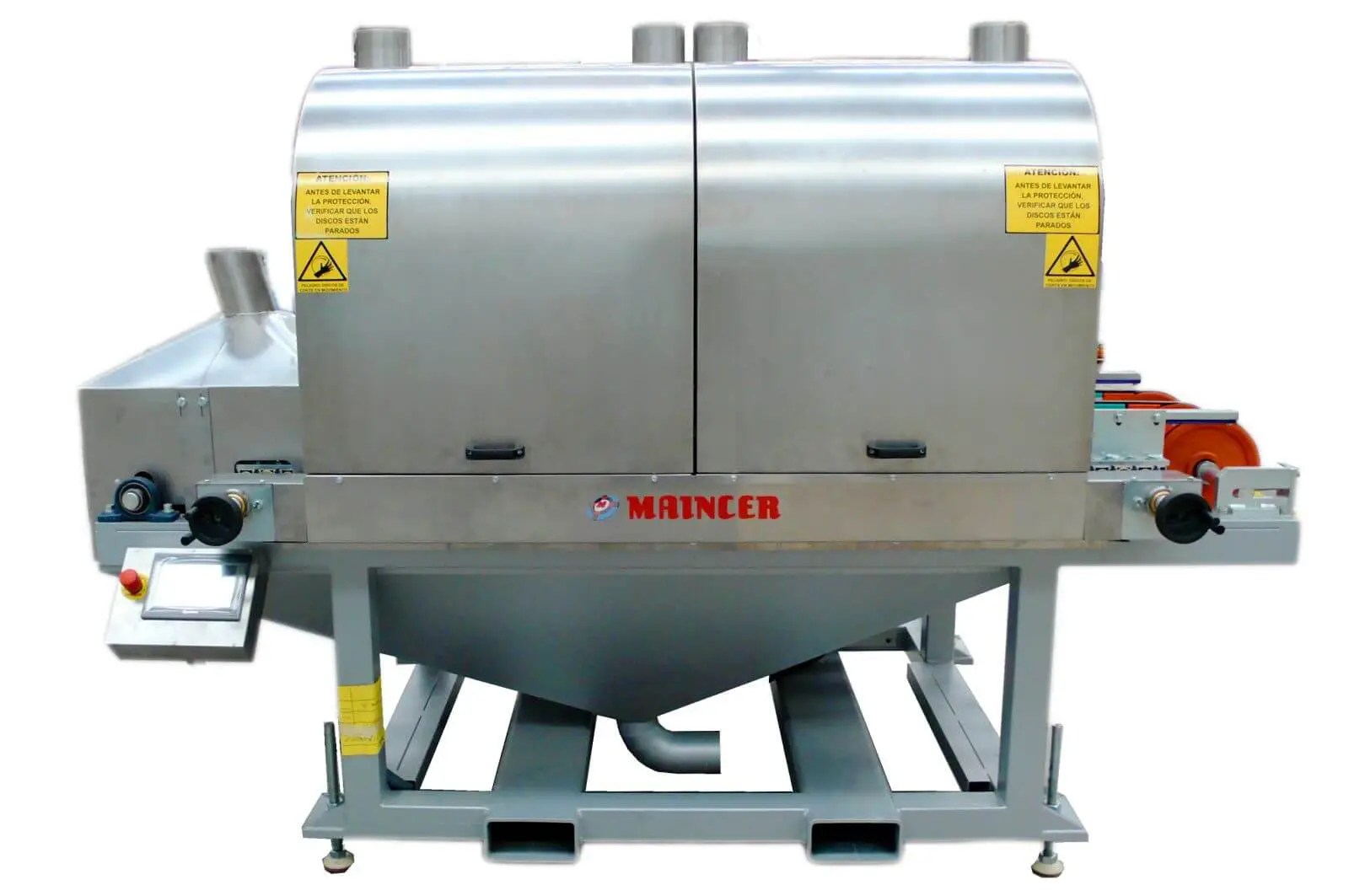