Characteristics, types and functions of the Pycnometer.

What is a pycnometer and what is it for?

It is a measuring instrument widely used in chemical laboratories to quickly determine the specific weight of liquids and solids, glazes, slips and other components.

How to use a pycnometer?

The most suitable way to use a pycnometer is by filling it completely with the liquid substance and tapping gently on the sides to eliminate air bubbles.

Subsequently, it is necessary to replace the cap and dry the sides. Finally, the full pycnometer is weighed on the analytical balance to find out its density.

Pycnometer with structure built in stainless steel complete with glass and lid with a total tared weight of 200 g and a capacity of 100 cc. 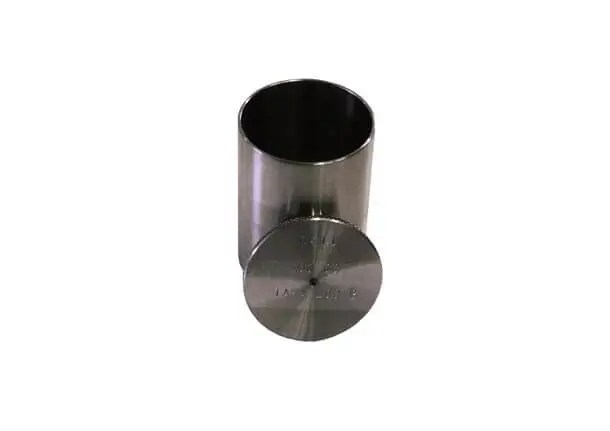